A Story from Oceania

A very, very long time ago in the Dreamtime, when the Earth was still sleeping, everything was still and quiet. The Earth was flat and nothing grew. Nothing blew. Not a creature stirred.

One day, the beautiful snake awoke from her long sleep underground. She was the Rainbow Serpent. The Rainbow Serpent pushed her way up from deep underground to the Earth’s surface and went looking for her tribe. She traveled for a very long time, and, as she traveled, her enormous body left deep tracks. Her body formed deep valleys, tall mountains, and riverbeds. She searched and searched for her tribe, shaping the Earth as she moved.

At last, she was tired from her travels and curled up to sleep. When she woke up, she returned to the place where she had first emerged from the Earth. The Rainbow Serpent called out to the frogs: “Come, frogs, come!” she called.

The frogs moved slowly because they carried so much water in their bellies. The Rainbow Serpent tickled the frogs’ bellies, and when the frogs opened their mouths to laugh, out poured the water. The water filled the tracks that the Rainbow Snake had left behind, creating Earth’s rivers and lakes.

When the rivers and lakes were filled with water, plants began to grow. Trees, bushes, and grasses covered the Earth. Once the Earth was lush and green, all of the animals began to wake up from their sleep and emerge and follow the Rainbow Serpent. The animals lived in the rocks, plains, trees, and air and for a long time they were all very happy together.

The Rainbow Serpent made rules for the animals to follow, but some animals started to cause trouble for everyone. “Those who follow my rules,” said the Rainbow Serpent, “will be rewarded. I will give them human form. Those who do not obey will be punished and turned to stone.”

Even after her warnings, many animals continued not following the rules and became the Earth’s mountains and hills. The animals that closely followed the rules became human and were given the totem of the animals they once were: kangaroo, koala, emu, and many, many more. These became their tribes.

Adapted by Dana Stewart from multiple sources, including this and this.

Parent/Caregiver Tip: The Rainbow Serpent is a creation story that is told by the Aboriginal people of Australia. The various tribes across the continent use different names for the Rainbow Serpent, and each tribe tells the story a bit differently. By some estimates, the story dates back 65,000 years! 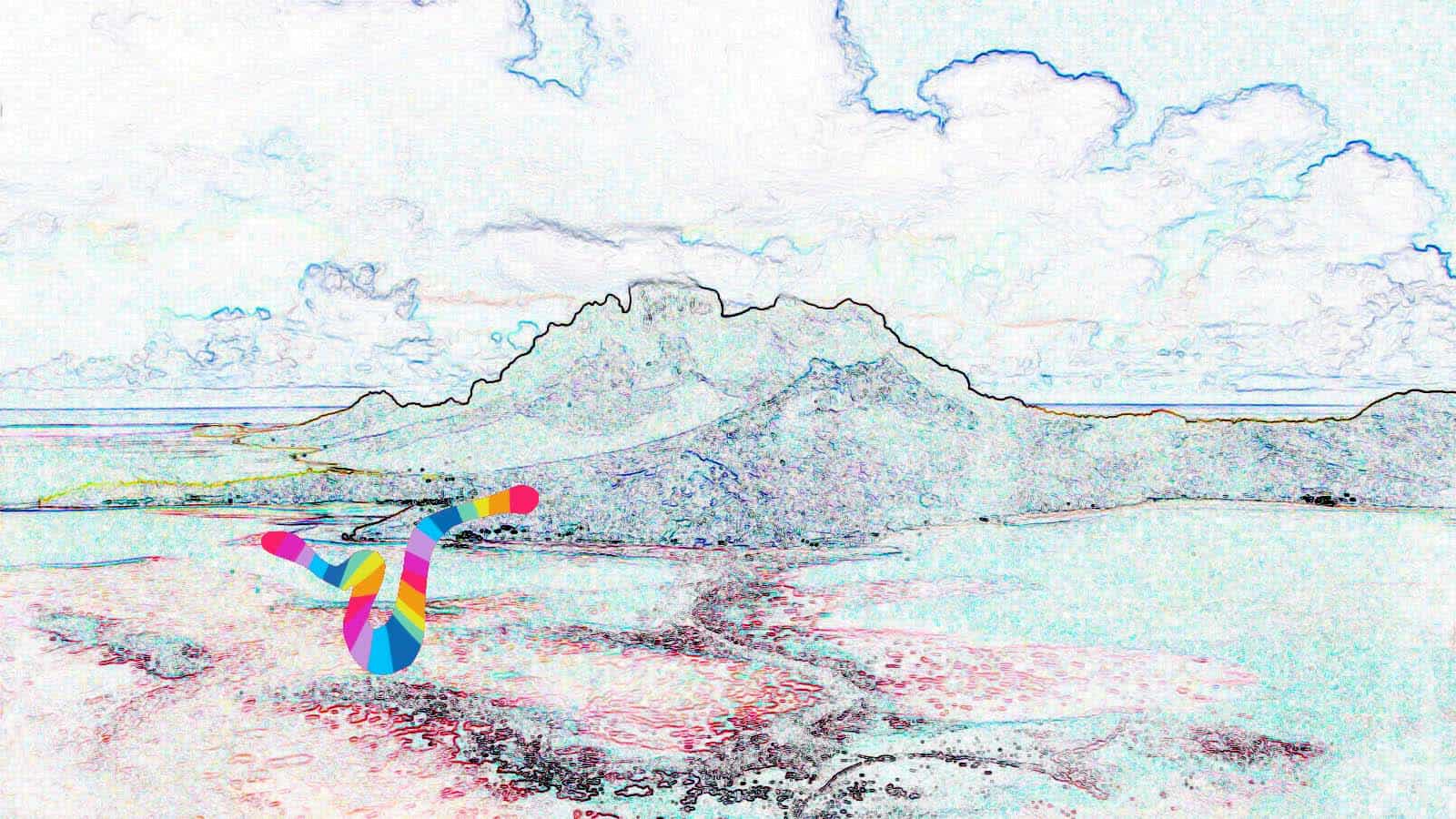 Sculpt - to shape by carving, casting, or other shaping techniques Carve - to cut out of a hard material in order to produce an object, design, or inscription Shape - to form